We had an absolute blast this past weekend! We hunted turkeys and drove around with Greg and Linda filling all 33 feeders with corn and protein! It is such a blessing to have a place like this to hunt and play on! The country is so different than Arkansas. Here is a picture....... 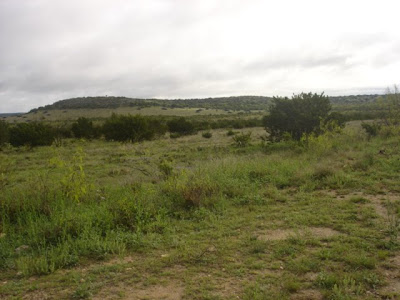 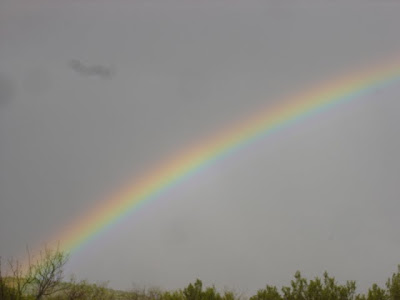 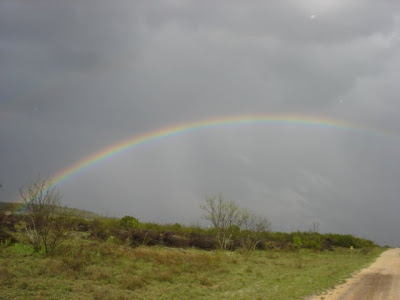 Brooks and Jax trying to sneak up and catch one of the sheep! Brooks wanted to ride one! It didn't happen. 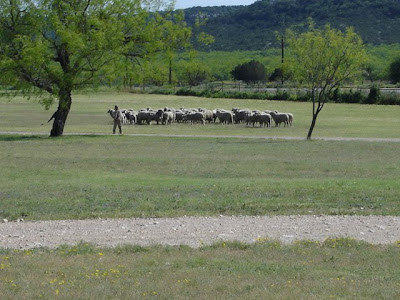 The boys rode in the back for awhile until the corn bags were gone. I didn't get a picture of the big trailer that we were pulling behind that had 10,000 pounds of corn in it! 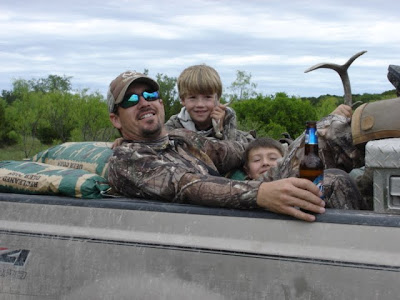 Brooks took several short naps during the weekend. He was exhausted from the early mornings and late nights. He even slept over 3 hours on the way home! 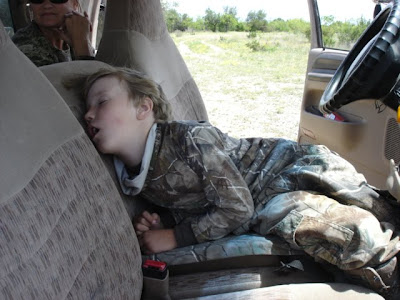 This is the new high definition action camera made by Wildgame Innovations. Chris just got the first prototype in and wanted to try it out. It is made to mount on your gun or bow. It doesn't have a viewer so I just had to hold it up and hope I was getting the right shot. It seemed pretty risky to me, being Brooks' first turkey, but I went with it and it turned out pretty good! The quality is really great, even through the mesh screen on our blind. I don't know how the quality will be on here but it is quite amazing on the computer. 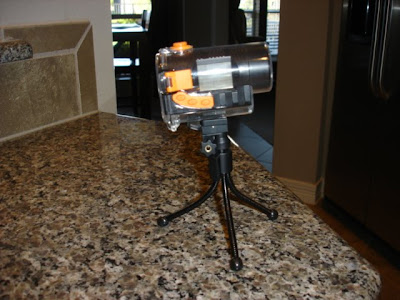 A quick picture of the boys and I listening for gobblers! 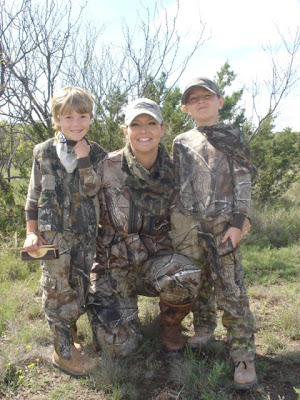 Brooks waiting and waiting for a turkey! 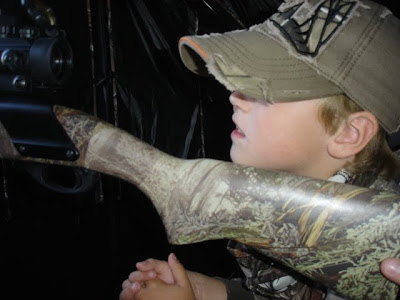 Jax was so good and patient. He knew Brooks was first and then it was momma's turn. He still hung in there and was quite a trooper! 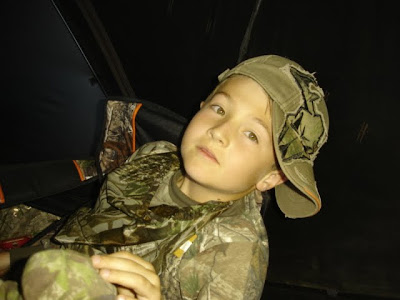 Short clip of Brooks saying, "if I see a turkey, it is going down!"


So here it is......Brooks gets a turkey. He did so great. He was patient and waited until he had the perfect shot and got him! I still can't believe it. He is only 5! And just to clarify, Chris was a little excited and said, "Let me out of this mother sucker!" Just wanted to make that clear BEFORE you watch it!!!! Oh and it is a little dark in the beginning and gets a little lighter before the shot????
Here is a picture back at the house. It was late evening when he shot! I tried to take more video after we got out of the blind but there just wasn't enough light! I wish you could hear him say, "I just couldn't be any happier mom!" Priceless!!! 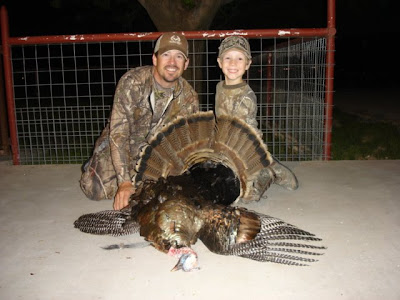 Now on to my story. So Brooks got his turkey Friday night. Which made Saturday my turn! The four of us hiked and tried hard, but nothing Saturday! Sunday we got on a real old bird (Chris thinks) because he had the longest, strangest gobble! And he was no dummy! Just when we thought he was coming in to me, he would gobble like crazy going away from us! We even tried to circle way around and come in a different way and he did the same thing. I had my gun up and ready twice just waiting for him to show himself because I just knew it was about to happen. It didn't, he would not come in. So we left and hunted another place for a couple of hours and thought we would come back and see if he was still there. Sure enough, gobbled his head off, but would not come in! So, I didn't get him, but I am going to get him next year. Chris was so upset too, he tried so very hard to call that bird in for me. He kept apologizing to me. I AM really mad at him too, but not because of that, but because I haven't been turkey hunting with him the past 16 years! Frankly, I am really ticked! Think of all the fun I missed out on, he should be ashamed! "Don't knock it until you try it," because you have no idea what you are saying! It is beyond fun!
We did get two rattlesnakes though! I haven't ever held a rattlesnake before! Cool! 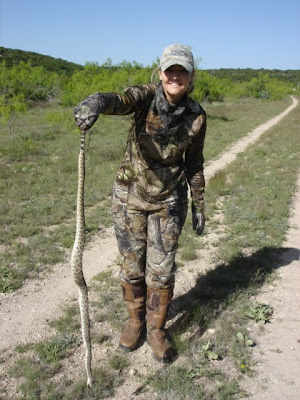 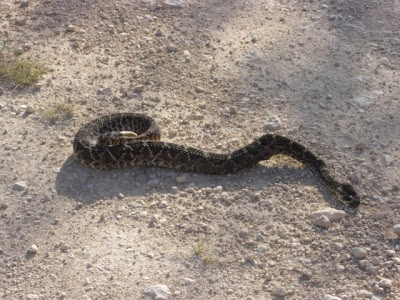 First off, crazy holding that snake!!! Ugghhh, and a rattlesnake at that! Second, you just look great in those pics!

Love it! So happy for Brooks, and yes you are crazy for holding that snake!! You look great!! You cut Brooks' hair off! He looks like a big boy now!

Well, I had gloves on and the snake was dead, real dead! I knew you guys would just love my camo!!!

Stacy, I did cut his hair pretty short but not near as short as he wants it!!!

Camo aside, "you" really do look great Jenn. Still crazy even if the snake was dead!!!

Thanks that is so sweet!!! Always hate putting pictures of myself on here but I am trying to do better!