Brooks has been begging for chickens, horses, guinea pigs, hamsters, kittens, turtles, rabbits, etc, etc for a long time. A couple of weeks ago I loaded them up and headed to the feed store to get some chickens. After the lady started with, "Honey, I don't think you have any idea what you are getting into," and ending with, "they really stink and your dogs will eat their poop," we left without chickens. I felt horrible. I did pacify him with a dummy steer head and a rope but he was so disappointed. Since then, about every 15 minutes, he has said, "I want a guinea pig!!!!"
So after getting all A's, we decided to get him one. Then Jax wanted one. I totally understand. I had lots of animals when I was growing up and loved them all.
Here is Brooks with his. He named him Jake. Doesn't he look so happy! 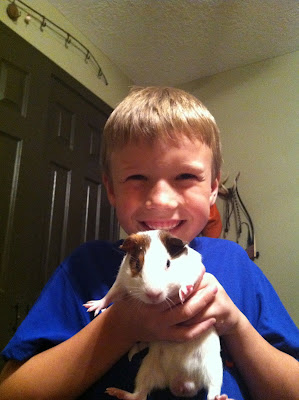 Jax said I could take a picture of his, that he named Buck, but he didn't want to be in it. 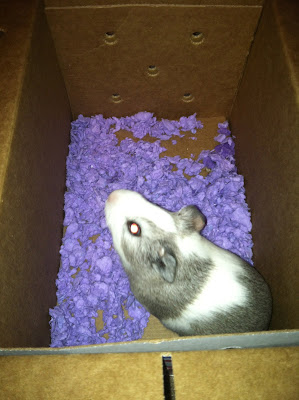 The dogs are going crazy. Hopefully they get over it and all get along. 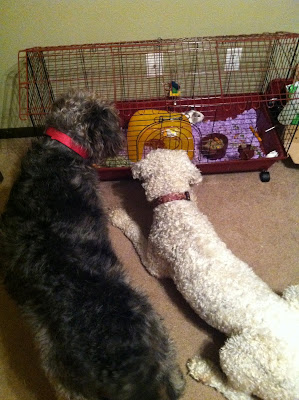 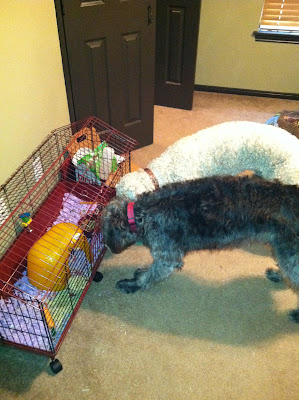 Posted by Jennifer at 9:25 AM No comments:

Well, I am thrilled. Really thrilled!!!! I LOVE my garden.
My sweet hubby helped me last week add on to our garden. We built two more boxes so that we can have twice the garden we did last year. 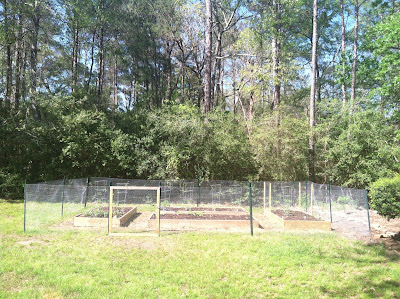 This is the far left box. Herbs, strawberries, peppers and 4 different kinds of sunflowers in the back. 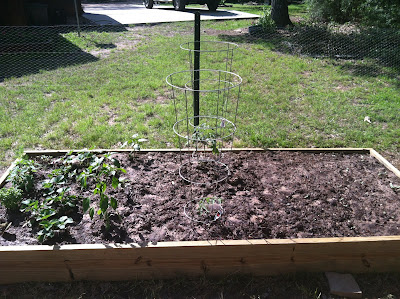 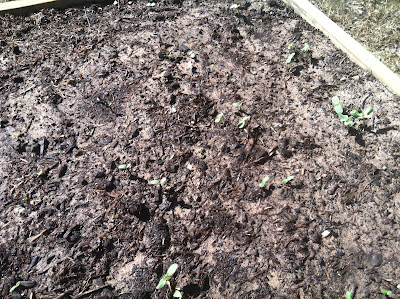 This is the far right box. Cucumbers in the back. Tomatoes and peppers in the middle. Onions, garlic and carrots in the front. 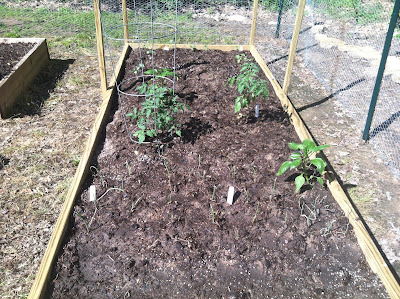 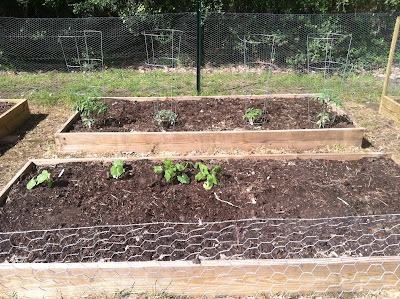 I am so excited to watch it grow.
I check it twice a day.
I can't help it.
Now, let it rain.
Posted by Jennifer at 6:41 PM No comments: