Our sweet boy is 8. I cannot believe it. I think he had a great day. His birthday requests were a big t-bone steak, a cookie cake and all of us to snuggle up in our bed and watch a movie. We did all of those and had a happy day.

So Chris and I got him a gun, and of coarse he was thrilled. Nana and Grandpa got him a scope for it. The only other thing he wanted was a guitar. He has been begging for a guitar and lessons. It is really funny because that is something that we have never really suggested. He came up with it all on his own. So, clueless as we are about guitars, we called a couple of people with knowledge in that department, and they all told us the same one to get. So he bought one on ebay with all the rest of his birthday money. It is a new one signed by Kevin Fowler for just a little bit less than a new one would cost. Weird I know, but true. Now he is just waiting on it to be delivered. 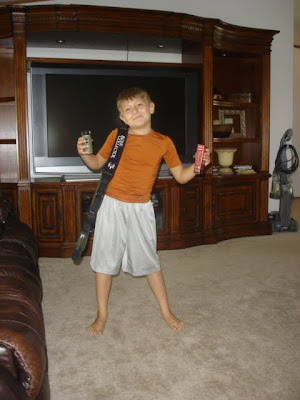 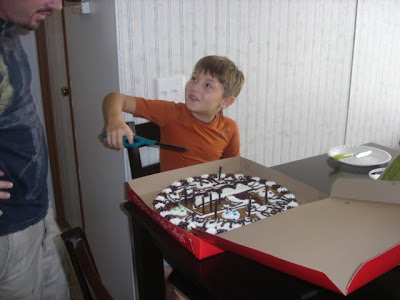 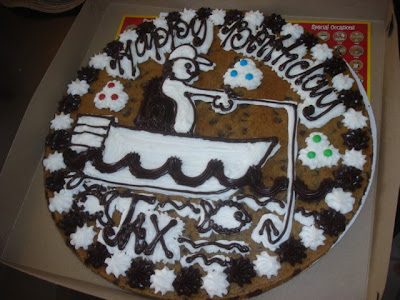