Well, Jax comes from a long line of Cardinals fans, so it is only fitting that he would be picked for this team this year! 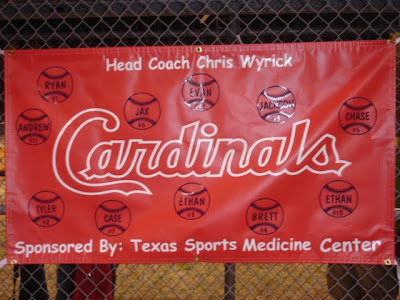 Both the boys have GREAT coaches this year. We are going to have so much fun watching this season. So much better than last year! The Cardinals won their first game tonight 7-4. We are so proud of Jax. He played AWESOME! He hustled, he payed attention, he smiled the entire time, and he got 2 singles and a double!!! He cranked it to the outfield his second at bat!! He is so determined to make the All-Star team and if he keeps up the hard work I think he might!! 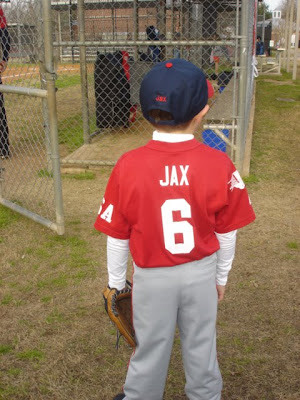 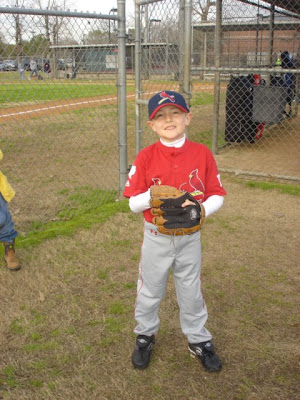 Wow, that last pic of him, he looks so much older!! So cute!

Hey Jennifer! It was so good to hear from you! Your boys are growing SO much, I can't believe how time absolutely flies by! Landen has been nothing but absolute pure joy. I am so happy to have him, and Weston and Kylie are having a ball with a baby in the house.
I must confess--I made your turkey burgers (actually twice) from awhile back and I absolutely LOVE them! Thanks so much for sharing that recipe.
And I am a HUGE Lady A fan as well--I am trying my best to score a meet-n-greet in LR. Cross your fingers!
Great to hear from ya--keep in touch! I love reading about your kiddos and life!