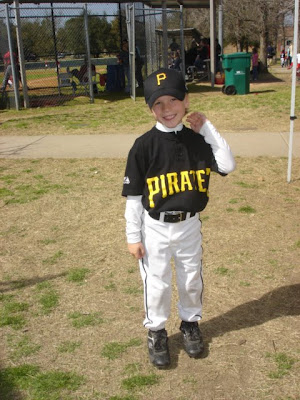 Today, Brooks had his first game! It went a lot better than I thought it would. They still have a lot to learn, but did get 3 outs during the entire game. That is pretty good. They are only 5 and I try to remind myself of that when they are playing in the dirt and not paying attention.

The boys still think that the first one to get to the hit ball is the winner. You know, forget about the other team running to first, just fight your own teammate in the infield for the ball! They will catch on, I know! Brooks played first base during one inning and was more interested in squatting down, in front of first base, with his hat on backwards trying to block the on coming runner than watching to see if his teammates were trying to throw him the ball. I think we need to tell him that he is not playing football and that he is not supposed to be standing in the baseline. Anyway, he did get 3 good hits and had a lot of fun! 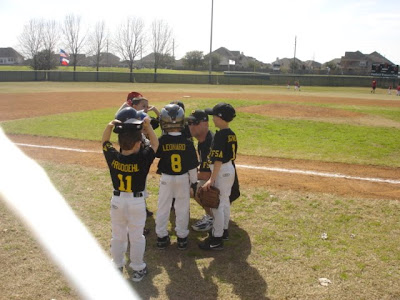 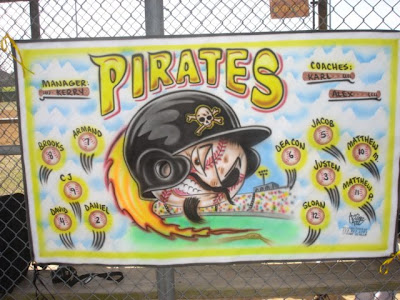 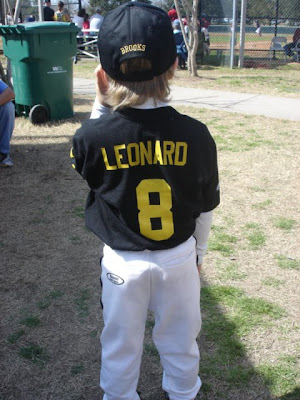 Seeing him in that little jersey with our last name on it totally makes me smile!! 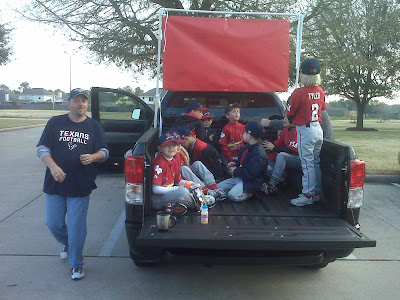 This league does such a cool thing. They have an opening day parade. Lots of trucks full of baseball and softball players throwing out candy to all the spectators. It was so cool and the boys loved it! 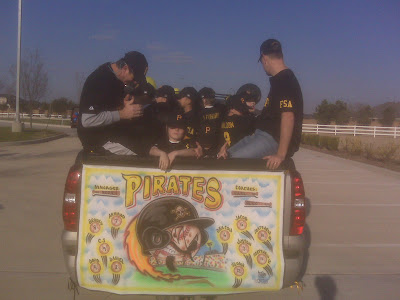 The boys look so cute! Just enjoy those flower pickin days, they go by too fast. Braxton is in kid pitch now, I just can't believe it!