Well, after the last dog adoption incident, I proceeded with extreme caution. I did my research, and hope to have found the perfect dog for our family. We had promised the boys after we sold our house we would get them one. A labradoodle is the breed I chose and started looking for one close to us. They are kind of hard to find. The boys really wanted to pick out their own puppy. I get that. When I was for sure that we were going to drive to Arkansas for Chris' class reunion, I started looking for one on the way there. I found a litter in Brinkley, but they are called Double Doodles. That is a cross between a labradoodle and a goldendoodle. Perfect, these double doodles are multicolored instead of the traditional, black, chocolate and cream colors of Labradors, so he looks "camo," like his name. So it was the longest drive ever because the boys counted down every minute. Chris and I were excited too. So we finally got there and had 10 puppies to choose from. Immediately the boys picked out the one they wanted. They never questioned if they picked the right one. After they picked "camo," the people let the parents out and they were so cool. Just gorgeous and playful. They live right in the middle of duck hunting country and they told us that Camo's dad is a great hunting dog. That thrilled the boys. 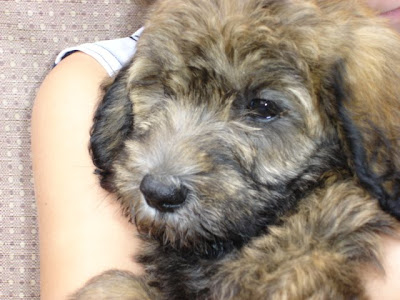 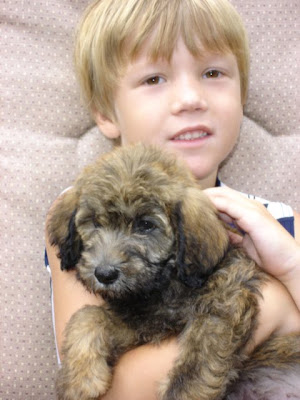 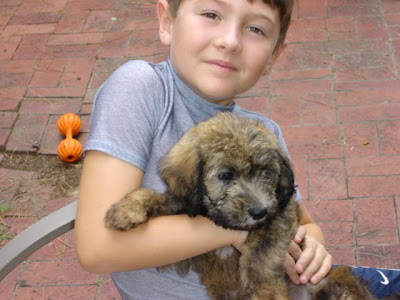 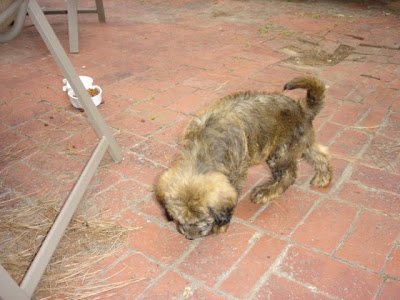 He is so tiny and feels just like a teddy bear. He will be around 50 lbs they think. The boys and camo slept all the way to Nana and Grandpa's house. We didn't leave Brinkley until 9:00 PM. So far no accidents and he slept all night in his crate without making a peep! Hope that continues.
Here is a little clip of the boys about an hour before we got there.
Posted by Jennifer at 10:57 AM