The boys have been begging to go shoot their guns. There is a gun range close to the house so we told Jax that after school we would take them. They were so excited. I wanted it to be a guy thing but Brooks insisted that I go. How could I say No to that. So I was ready to go the minute that we got there but the boys were pumped. At one point Jax asked if he could stay and shoot all of the bullets he brought, like 200. Uhhhhhh NO!!! He was serious and he would have stayed as long as we let him. They had a blast. They were so cute. I am posting a picture of the story he wrote at school about it. Every day they have to draw a picture and write a story all by themselves. He was so excited about shooting that that was what his story was about. I will decipher it for you......I am going to the gun range with my dad and my brother today! We will have fun. He is really into his punctuation, notice the exclamation point and the big period. 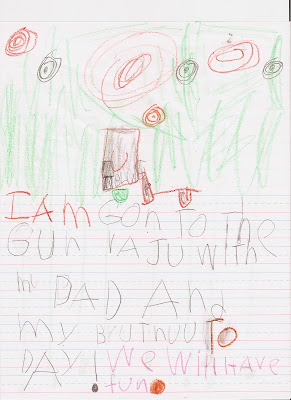 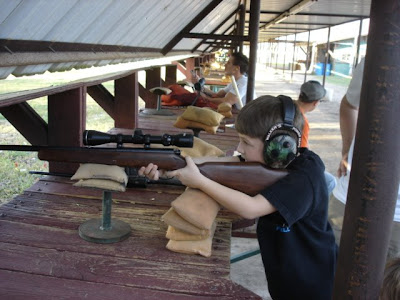 This is what I got from Brooks when I said I didn't want to shoot. He talked me into it though. He wanted to see his mama shoot. I don't think he thought I could do it. 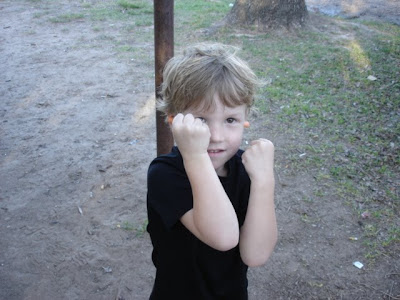 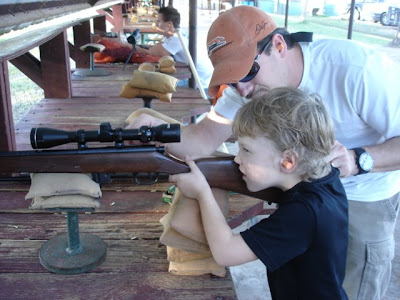 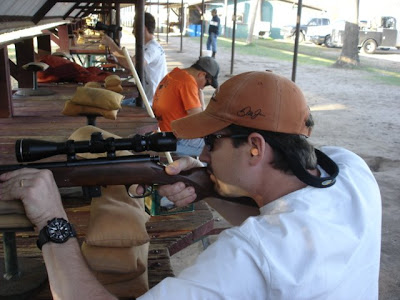 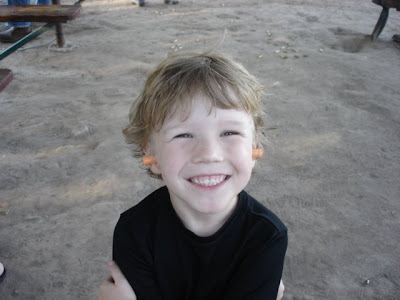 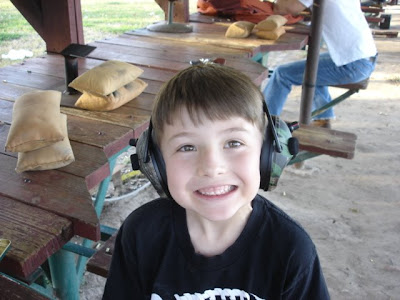