My little boys are 7 and 9 now. Doesn't seem possible. They are getting so big!

I really wanted to do birthday parties for the boys this year. They have lots of friends and I thought it would be fun. I even picked up stuff, here and there, for a camping party. But no, they just wanted cash instead. Well, maybe next year.

Jax had been saving all his money to buy a gun. When he added his birthday money he had just enough. His daddy took him straight to Academy to get it. I requested a picture and this is all I got. 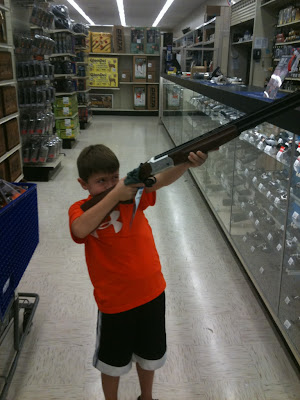 Of course we cooked them their favorite meals and I made them a special dessert. Jax didn't want me to take any pictures but Brooks let me! 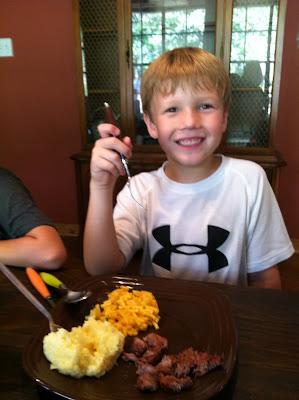 Brooks spent 20.00 on a blow dart gun but is saving the rest. He isn't sure what he wants yet. He did get an extra 5.00 because he lost his very first tooth on his birthday. He was so excited! 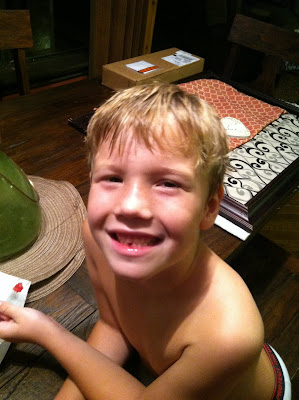