I am so behind!

I have been avoiding my blog because I am so behind. I am just going to suck it up and catch you up quickly. Hunting birds in Kansas was AWESOME! Christmas in Arkansas was great too! Our family hunting trip for New Years was Priceless!
Jax got the first deer. Chris gave him his gun and told him he was all on his own. He told him he would be looking through the binoculars and pull the trigger when he is ready. He made an absolute perfect shot! He was so happy! He even wanted to wipe some blood on his hat, not sure why, but he did it. 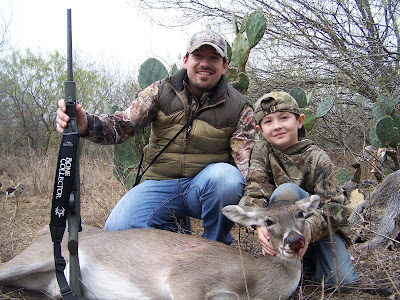 Brooks also got a doe. Chris was going to try to help Brooks hold the gun, but he changed his mind. He told him he was on his own too. Brooks shot his doe a little far back. He hit her in the gut. Thank goodness she didn't go far and laid down. He was the last to get a deer so by now he is a happy camper! 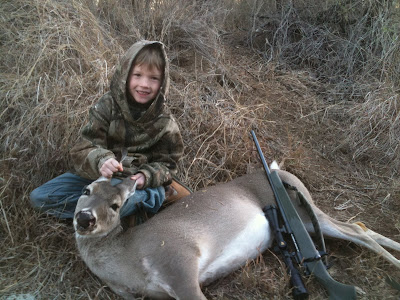 And for me, well, I got my very first deer New Years Eve.

Billy, our friend that owns the ranch, had a big buck picked out for me. It was a buck that was really big, but in his prime, and they thought he would go down hill next year. He was using the same feeder every day. Billy was pretty sure I would get a chance to shoot at him. I always knew I wanted to kill my first deer with a bow, so I had been practicing. Although, nothing really prepares you for that moment. Honestly, I still don't really remember exactly what happened.

So, I watched the big buck, the evening before, walk around for about 30 minutes, but he was way too far for me to shoot. The next evening, Chris and I went back and I waited patiently. Well, kind of. I am not that patient. I had good motivation though, and I passed the time by checking facebook a little. I tried to be quiet, I am not so good at that either. I was shifting my sleeping butt when all of a sudden Chris could see him coming from an angle I couldn't. He said get your bow and pull it back NOW! I think I held it back for 3 or 4 seconds and then I saw him. I focused in on the kill zone and let my cute pink arrow, that Chris got me for Christmas, fly. Chris was going crazy, he said I nailed the shot! Then Jax, Ty and Amy got down out of the gun blind that was behind us and Ty said it looked like I shot him in the butt. WHAT??? I was worried then, and the fact that I couldn't see any blood made me second guess myself. Well, Chris informed me that the blood trail doesn't start immediately. I just didn't want to wound an animal. I was so nervous at that point. While I was trying to figure out what had just happened, Jax got right on the blood trail and we found him about 50 yards from where I shot him. I really still can't believe it happened. It was so fun. Did I mention that my husband is still on cloud 9! 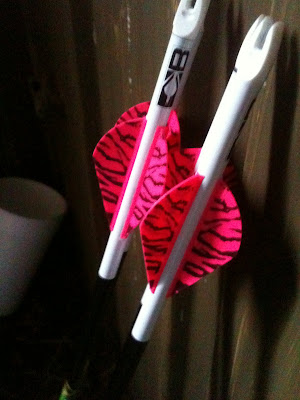 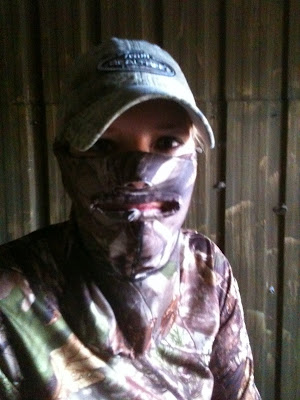 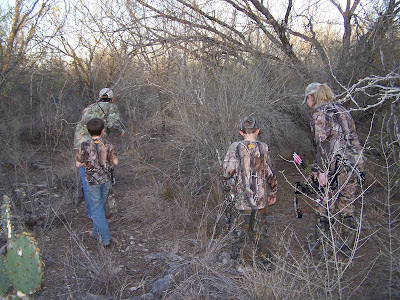 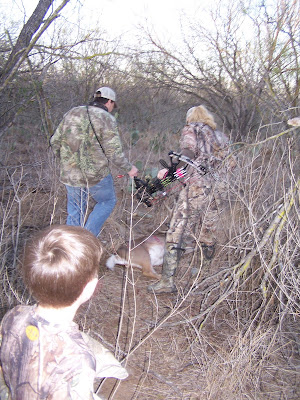 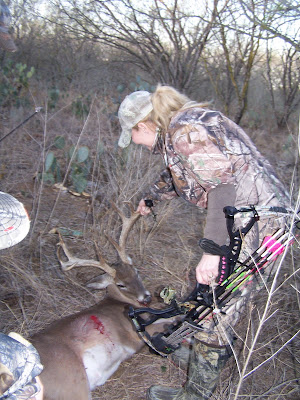 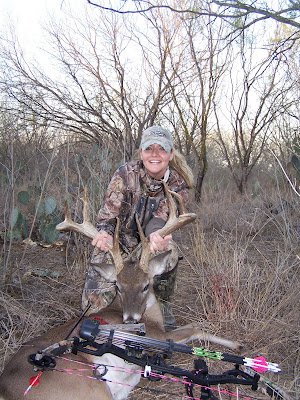 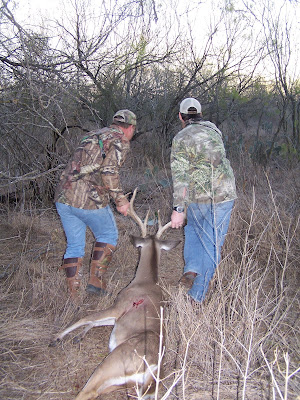 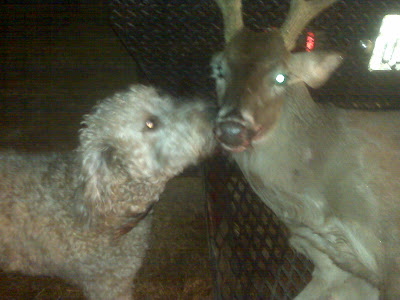 Our families have so much fun together. It was such a great time! The boys can't wait to see Ty and Layne again. 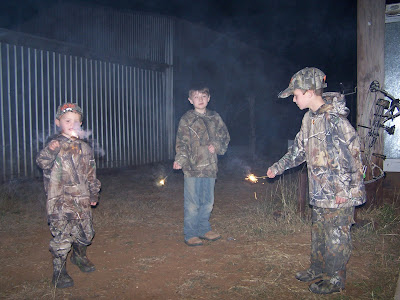 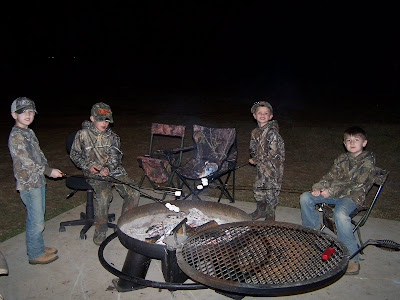 Brooks and Layne. Let me just say that these two are a mess! 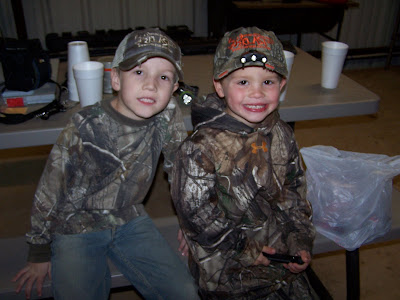 Still can't believe you killed it with your bow! I'm impressed! So happy for the boys too!